Satellite broadband: Is it time to take off once more?

An alternative way of getting the internet in your home is Satellite Broadband. Such as the satellite TV, it is transmitted all the way from space to a satellite dish that’s installed on the property. Just like the normal broadband it then gets hooked up to a Wi-Fi router.

It is expected to become a favorable option for people living in rural areas in the years to come as it doesn’t rely on a network of cables going into every home.

After struggling in the 2000s, satellite broadband is back in style, with several companies promising applications for industry, military and rural connectivity. Satellite broadband provides the promise of high-speed Internet without even costly infrastructure for those living in rural areas who are likely to be waiting for some time to receive fiber-to-the-home.

Before going into the details, let us first understand what Satellite Broadband is and how it works.

What Is Satellite Broadband?

How does satellite broadband work?

Traditionally communications satellites work by transmitting radio waves to antennas down on Earth. These antennas are used to provide signals to our connected devices which help to communicate, and that’s how mobile phone calls and mobile internet tasks usually happen.

But this technology is way slower than the other types of broadband as well as it is quite old now. 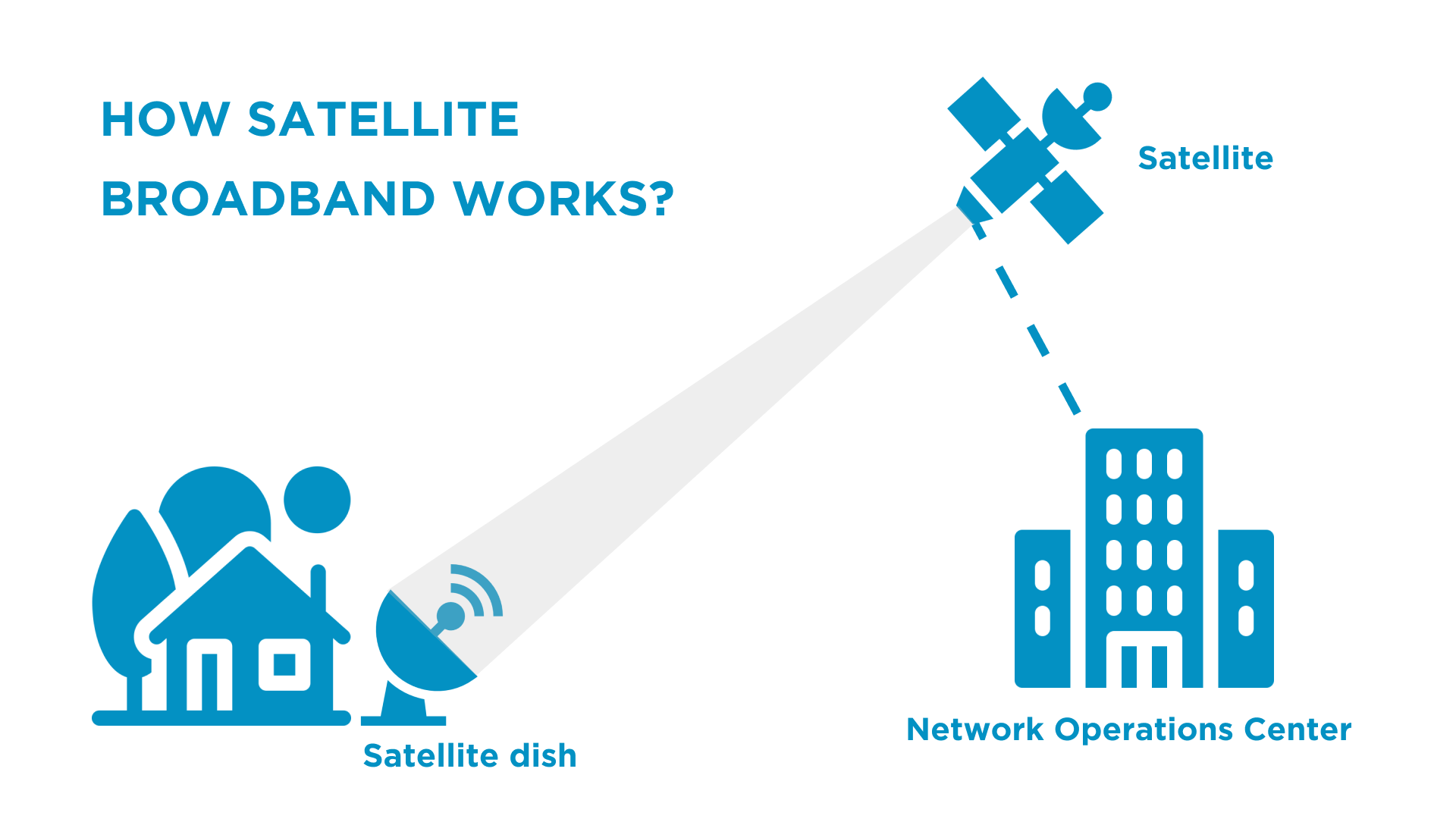 Why Is Satellite Broadband Taking Off Again?

The new satellite internet technology that is recently being introduced is expected to completely replace the older, slower system that currently exists. Led by Elon Musk’s Starlink project (a division of his company SpaceX) and European company OneWeb, these new satellites technology use lasers instead of radio waves to work.

Both lasers and radio waves move at the speed of light. The difference is that lasers move on a much higher frequency than radio waves so much more data can be transferred with the help of lasers at any given time.

That’s why broadband speed is often referred to as ‘bandwidth’, because it’s not necessarily how fast data travels, but how much data can be transmitted at once.

For decades, Geostationary satellites (GEO) are used to provide weather forecasting and satellite TV & radio services, orbiting at a fixed point above the Earth at an altitude of 36,000km. It requires only a few deployments as they provide a wide angle of coverage at this height. They are somewhat ineffectual when it comes to instantaneous communications as the signals have to travel between the relay sites and other GEO satellites which results in a longer latency period.

Now, providers such as Starlink, OneWeb, and Project Kuiper are running ahead to cover the Earth with vast, next-generation networks of their own, heralding a renaissance period for commercial satellite broadband.

Their LEO networks, composed of tens of thousands of small satellites deployed less than 1,000km from the Earth’s surface. It provides the faster connectivity required for real-time services.

Starlink currently has a group of 1,600 satellites orbiting Earth, with 12,000 satellites being the target goal.

LEO satellites will soonly become an important tool in the sphere of telecoms, but will likely remain a niche service even in the long term, as the offerings of the small pool of satellite ISPs remain inferior to terrestrial broadband services with the added trouble of having to coordinate orbits so as to avoid both collisions and interference with other radio-based services.

A day is not far when Satellite broadband will prove to be a powerful tool for getting the entire planet online with reliable, cost-effective connections.

Why are More and More ISPs Opting for Comprehensive ISP Billing Software?

What is ISP Management Software?